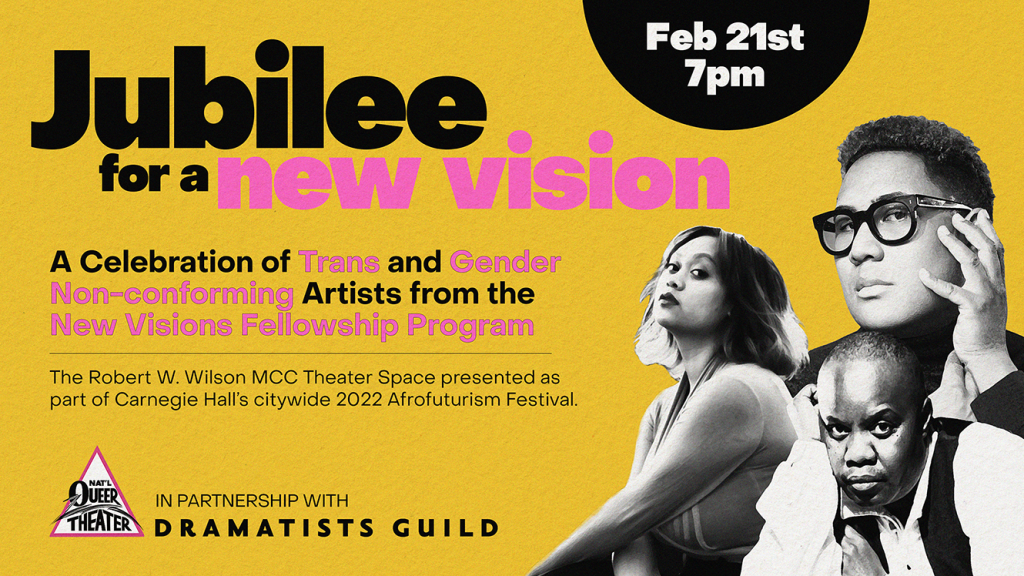 National Queer Theater in partnership with The Dramatists Guild of America is proud to present Jubilee for a New Vision: A Celebration of Trans and Gender Non-conforming Artists as part of Carnegie Hall’s citywide 2022 Afrofuturism Festival. Join the artistic residents of the New Visions Fellowship, a new initiative of National Queer Theater and The Dramatists Guild of America, as they showcase excerpts from new works amplifying the TGNC experience in scene, song, and performance.
Directed by Roger Q. Mason,

Our new home in Hell’s Kitchen allows us to deepen our mission and encourage greater collaboration among all of our ARTISTS, STUDENTS, and AUDIENCES.

Now at home in Hell's Kitchen

Learn more about the other ways to support MCC